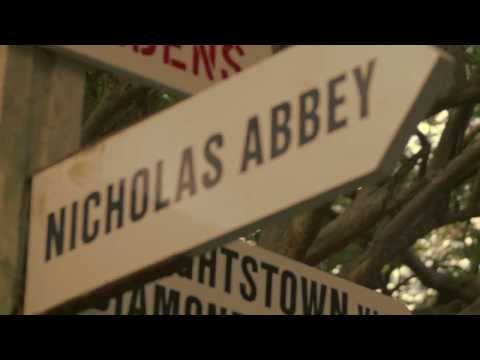 Be sure to pick up a bottle of St. Nicholas Abbey's exceptional signature Barbados rum!

St. Nicholas Abbey has an extraordinarily rich heritage and there is no doubt that this outstanding house is an integral part of Barbados' fascinating history. It is thought to be one of the first plantation great houses to be built in Barbados sometime during the 1650s. This magnificent, three-storey Jacobean mansion, with its three unique curvilinear gables, is one of only three such Jacobean houses existing in the Western Hemisphere. It is believed to have been constructed from English plans because of the fireplaces and chimneys, which of course were uncalled for in the tropical heat.

In 2006 it was purchased and carefully restored to its original splendour by renowned Barbadian architect, Larry Warren and his wife Anna who, along with their son Simon, run a superb quality heritage site and museum.

A 19th century steam driven mill, located in the old boiling house, has been refurbished to grind sugar cane and the Warrens have established a small cottage industry in sugar-related gourmet products, including St. Nicholas Abbey Aged Rum, sugar and blackstrap molasses, all packaged, blended and bottled onsite in what was once the stables.

The interior of the house is furnished with an exceptional collection of period furniture including a grand four-poster bed, alleged to have been owned by Napoleon's second wife, Empress Marie Louise, and a grandfather clock that was built by James Thwaites of London in 1759.

The estate is surrounded by towering Cabbage Palms and formal gardens, including a romantic mahogany grove which stretches to nearby Cherry Tree Hill where spectacular views can be enjoyed of Barbados' Scotland District and the rugged eastern coastline of the island.

The latest exciting project at St. Nicholas Abbey is the St. Nicholas Abbey Heritage Railway.  The railway operates tours at four scheduled times per day Sunday through Friday and bookings are by prior reservation at www.snahr.com

We recommend starting your tour no later than 3pm. Allow yourself at least an hour to enjoy the property.

There is small café in the grounds where visitors can enjoy a light lunch and refreshments overlooking a gully and shaded by an old mahogany grove.

During the sugar cane crop from January to May, the steam mill grinds on Tuesdays and Thursdays. 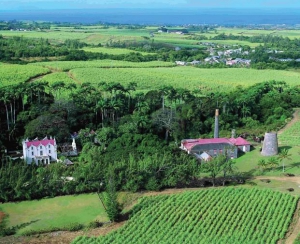 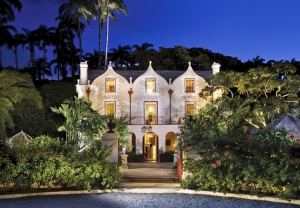 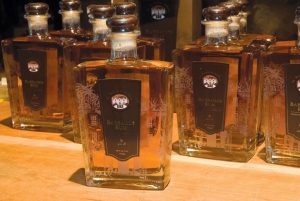 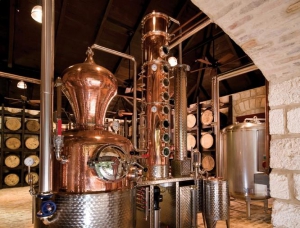 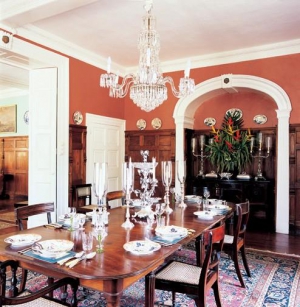 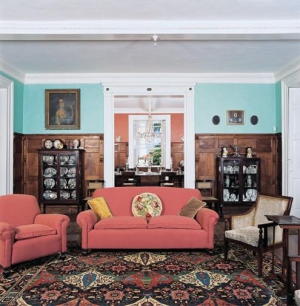 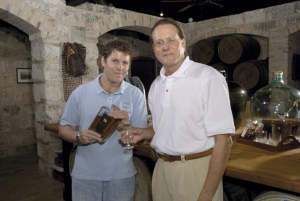 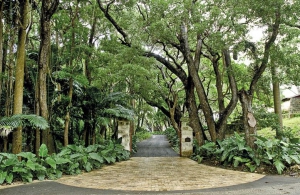 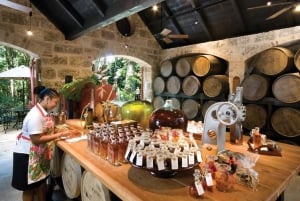