What to do if it rains Historic Treasures Museums

While you are walking along the main shopping area, Broad Street in Bridgetown, take a tour of the museum and synagogue. It's just a couple of minutes away.

In the middle of the 17th century, Sephardic Jews driven from former Dutch Brazil by the Portuguese Inquisition, fled to the Caribbean region and to Holland. Encouraged by the surprising clemency of the English leader Oliver Cromwell, many of them made their way to the British colony of Barbados. With them they brought their trading connections and their expertise in windmill technology and sugar cane cultivation. The synagogue they built in Bridgetown in 1654 is among the oldest in the Americas, second only to the recently excavated synagogue Kahal zur Israel in Recife, Brazil. The mikveh or bano of Nidhe Israel, excavated and restored in 2008 is the oldest such ritual bath in the Americas. The cemetery bears the names of those who shaped the history of the community for more than 350 years. For these Jews and their descendants coconut milk and sugar cane were the milk and honey promised to the people of Abraham.
Since 1986 the synagogue has been undergoing a profound restoration, taking the lead in the proposed restoration of Bridgetown, a Unesco World Heritage Site. Phase 1 was the synagogue itself, Phase 2, an outstanding state of the art interactive museum and facility for use by visiting academics and Phase 3 opened in December 2016, is now the crowning glory. Worked on by local architect and chairman of the Barbados Heritage Trust Geoff Ramsay and funded principally by the Tabor Foundation of Barbados it includes a social centre, ideal for Bar Mitzvahs, weddings and functions of various kinds; an art gallery; an interpretive centre telling the story of the fire service in the restored fire station; an art gallery & café; artisans workshops; and a park featuring an Emancipation memorial. All this sits in a beautifully paved and landscaped area with ample parking.
The theme of the Nidhe Israel Museum, which is inscribed over the entrance, is “Remember” and this complex in the heart of Bridgetown ensures that for centuries to come, countless visitors will not only remember but be inspired by the achievements of the generations of Jews who, often under difficult circumstances, played such a valuable role in building the nation of Barbados. 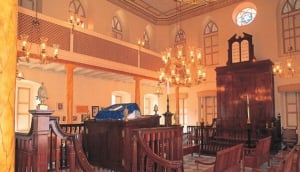 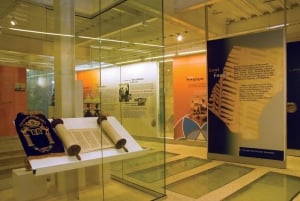 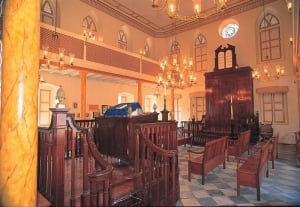 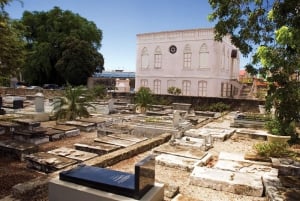 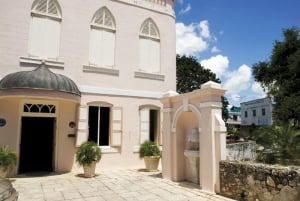 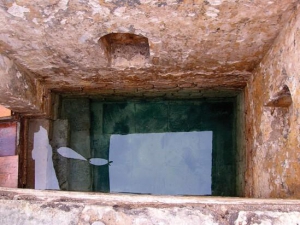 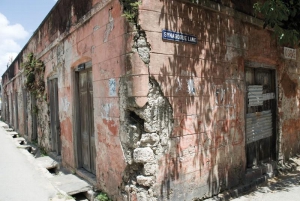 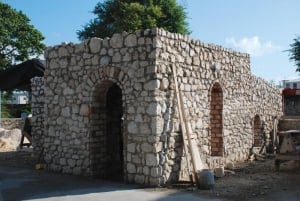 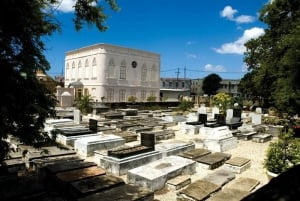