The only old car museum in Barbados!

What to do if it rains Historic Treasures Museums Suggested Itineraries

Certainly the best way to see the collection is with him in attendance, and you can usually find him there in the mornings.

Bill Mallalieu has been having fun with automobiles all his life and his passion is obvious as he conducts you around his 'garage' at Pavilion Court on Barbados' south coast. The number one vehicle in his line up is a one and only of its kind, a Bentley, made for Prince Bernhard of The Netherlands in 1947 and raced in the '49 Monte Carlo Rally. Number two is also a Bentley called 'A Mallalieu' - hand built by Durham 'Derry' Mallalieu - using a MK6 Bentley. Derry hand built a total of 34 of these sports cars to order - this one being #29 - because the original Bentley bodies rusted too quickly. His number three is a 1953 Daimler Roadster. Only 54 of these vehicles were built and there are still 35 of them existing today. Although the Roadster was an excellent car it was a sales disaster at the time being completely out done by the faster Jaguar XK that sold at nearly half the price.

Of all the impressive and fascinating vehicles that Mr. Mallalieu owns the one he'd choose in a heartbeat is his Volvo 1225, 1963 model - his record breaking rally car. Many of his records of 50 years ago remain unbroken today. The walls of the garage are also covered with photographs - islands' first bus, police car, taxi and car with interesting pieces of information pinned up alongside. The vehicles are all in good running order and kept polished and tuned by an employee who is devoted to their daily care, beginning daily at 6am.

Mr. Mallalieu is still acquiring beautiful old cars that tell stories and he feels most fortunate to be able to meet interesting people who come to see them. As he says, the best way to enjoy anything is to share it. 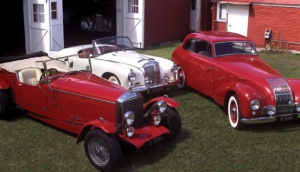 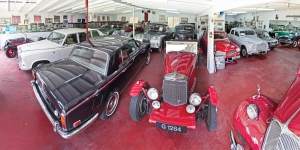 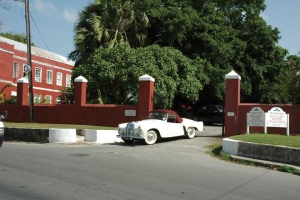 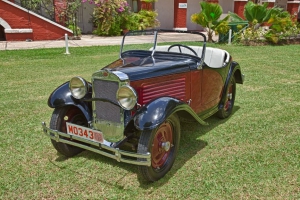 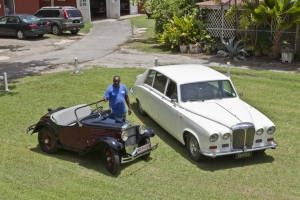 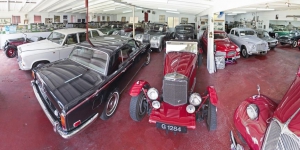