Filter Things To Do by Type

What's On in Barbados

If you are a business in Barbados and have an event to promote you can do it on My Guide at no cost.

Submit an Event for FREE 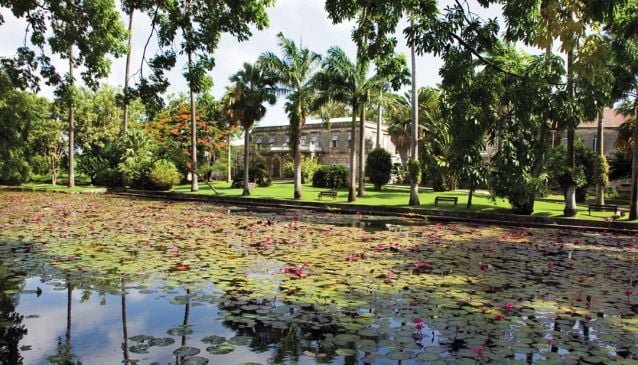 A great family outing - pack a picnic lunch and enjoy eating in the beautiful shaded grounds. Afterwards you can take in the spectacular views of the East Coast, explore the lily pond, buildings and gardens. Take a look at our blog 'Lazy Days at Codrington College' http://bit.ly/ZJB

Are you a business owner in Barbados?

Promote your business 365 days a year with the #1 Guide to Barbados.

You can't miss this historical attraction as you drive along because of its characteristic magnificent row of Royal Palms which line its splendid driveway and lovely huge lily pond. The impressive buildings of Codrington College are reminiscent of an Oxford quadrangle, yet blend perfectly with the surrounding trees and hills of St. John. Christopher Codrington, planter, soldier, scholar and philanthropist who in 1710 left his two estates in Barbados to endow an institution of higher education in 'physics and chirurgery, as well as divinity' so that good could be done amongst the mens' souls and bodies, a nature trail identifying the varied natural heritage of the island, and a plan of the College building built in 1743.

Best of Barbados is a family run business, featuring three generations of art! If you're looking for local handicraft and authentic Barbadian design, look no further than...

Designer stores, eateries, entertainment, galleries and more. Open for business and pleasure seven days a week, Limegrove Lifestyle Centre is the most stylish place to sh...

Earthworks Pottery makes no boast when it claims to be 'No Ordinary Pottery'. For over 30 years David Spieler and the Earthworks team have revived the tradition without r...

Tortuga Barbados Ltd. a HACCP certified company is the proud manufacturer of world renowned rum cakes which are Barbadian made and include the world renown Tortuga, Calyp...

This tropical forest in the parish of St. Peter is the best place to enjoy the Barbados Green Monkey in their natural habitat along with iguanas, peacocks, snakes, flamin...

Anthony Hunte, the island's leading horticulturalist, has applied his flair and knowledge to create a dramatically beautiful garden in the lush highlands of Barbados. Ope...

Flower Forest Botanical Garden is in 53 acres of mature rain forest with magestic palms, colourful tropical blooms and some of the best panoramic views of Barbados. This ...

At the heart of Barbados lies one of its greatest wonders, Harrison’s Cave. Located in the central uplands of the island, this breathtakingly beautiful, crystalliz...

Earthworks Pottery makes no boast when it claims to be 'No Ordinary Pottery'. For over 30 years David Spieler and the Earthworks team have revived the tradition without r...

Exclusive Cottons of the Caribbean

The highlight of visiting the Animal Flower Cave is the spectacular coastal scenery of the northern tip of Barbados seen both from the cliff tops above and through the wi...

Welchman Hall is an historic natural treasure of the Barbados National Trust. Visitors walk through an impressive collection of tropical trees, plants and blooms on a rel...

Let the fantastic east coast views along Hackleton’s Cliff take your breath away as you enjoy a fascinating walk around PEG’s unique farm. ...

Enjoy a round or two on this idyllic 18-hole championship course. Approved and sanctioned by the PGA European Tour in 2003, this scenic course offers superb greens and on...

Want to learn a new skill? Why not try your hand at making Batik at The Batik Studio at Earthwork Complex in St. Thomas.............

The Gallery of Caribbean Art in historic Speightstown is one of the largest and best-appointed fine art galleries in the Caribbean. This exhibition is constantly updated ...

A piece of art from the talented Catherine Forter Chee-A-Tow is very decorative, Caribbean in its essence - Generous, vibrant colours and movement................

Frangipani Art Gallery is lovely and spacious and features an incredible selection of artwork by Barbadian, Caribbean and international artists including Venezuelan Maril...

The Barbados Arts Council, established in 1957 is home to many of Barbados' most proficient and seasoned artists. The Council displays the artists' work at their Gallery ...

The Queen's Park Gallery is run by the National Cultural Foundation and exhibits the work of emerging and well-established artists. The Gallery is open until 6pm Monday t...

ArtSplash is a fun community art centre, cafe, gallery and play park. Hang out at their farmer’s market, grab a natural juice or lunch from the cafe, venture onto the p...

Vishni's rich cultural background in design and dance, and her love of and interest in people, add tremendous vibrancy to her paintings................

Barbadian born, British trained artist Winston Kellman has been painting the Barbadian landscape since 1992 when he returned from Europe.............

Past and present experiences in Jean Blades life are depicted in her colorful, often emotional paintings of real places here in Barbados................

Gina uses vivid colour, bold strokes and texture to depict movement and mood in her work. She paints in acrylics, capturing the vitality of life on the island...............

Barbadian photographer Ronnie Carrington has created a fascinating collection of images of our cultural heritage................

The Historic Garrison is the most structurally complete 18th and 19th century British Colonial Garrison in the world. Along with Bridgetown, it has been nominated as a Wo...

St. Nicholas Abbey, with its history spanning 350 years, its unique Jacobean architecture, restored steam mill and new distillery, is one of the most fascinating treasure...

You can't miss Codrington College as you drive along because of its characteristic magnificent row of Royal Palms which line its splendid driveway and beautiful large lil...

Gun Hill Signal Station was built in 1818. Two years after Barbados’ only slave revolt and it was the finest of a chain of stations used to signal the approach of enemy...

This small museum in the old seaside port of Speightstown has three floors of interactive audio/visual exhibits about Barbados sugar heritage and the prominence of Speigh...

The Morgan Lewis Windmill is one of more than 500 used in the production of sugar in Barbados, that still remains intact. It is maintained by the Barbados National Trust ...

A state of the art interactive museum featuring one of the legendary supersonic Concorde aircraft. Visitors can actually step aboard or get the simulated feeling of flyin...

The Mallalieu Motor Collection presents a tangible history of motoring in Barbados and the Barbados Rally Club in particular which was founded in 1957. .........

Best Beaches for a Picnic in Barbados

Best Beaches for a Picnic in Barbados

The best spots to enjoy Barbados' sun, sea and sandfrom the shade...

Part of the My Guide Network