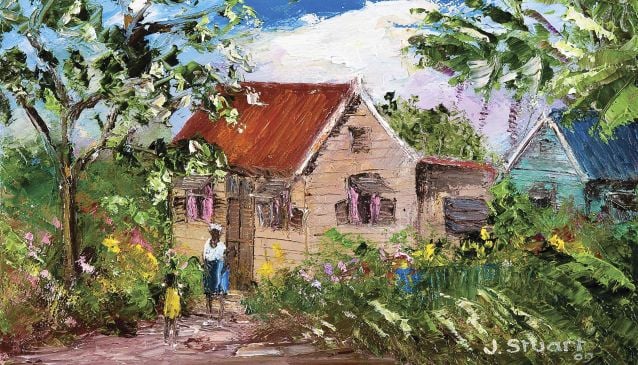 It was not until his mid-sixties that he decided to fulfill his dream to paint and through several life long influences, experiences and encouragement from friends and fellow artists, he finally began to paint seriously. Up until then his commitments to business and raising a young family had not allowed him the freedom to do so.

John had the unique ability to use his palette knife and oils to render, with tiny strokes, bright and cheerful rural scenes of his beloved Barbados in a lyrical almost fairy-like style.

John's art can be seen in many galleries throughout the island or you may contact Manty Cooper at info@johnstuart.com or view his work at www.johnstuartart.com. 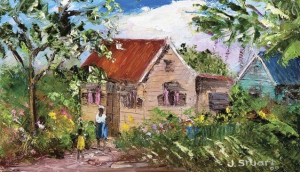